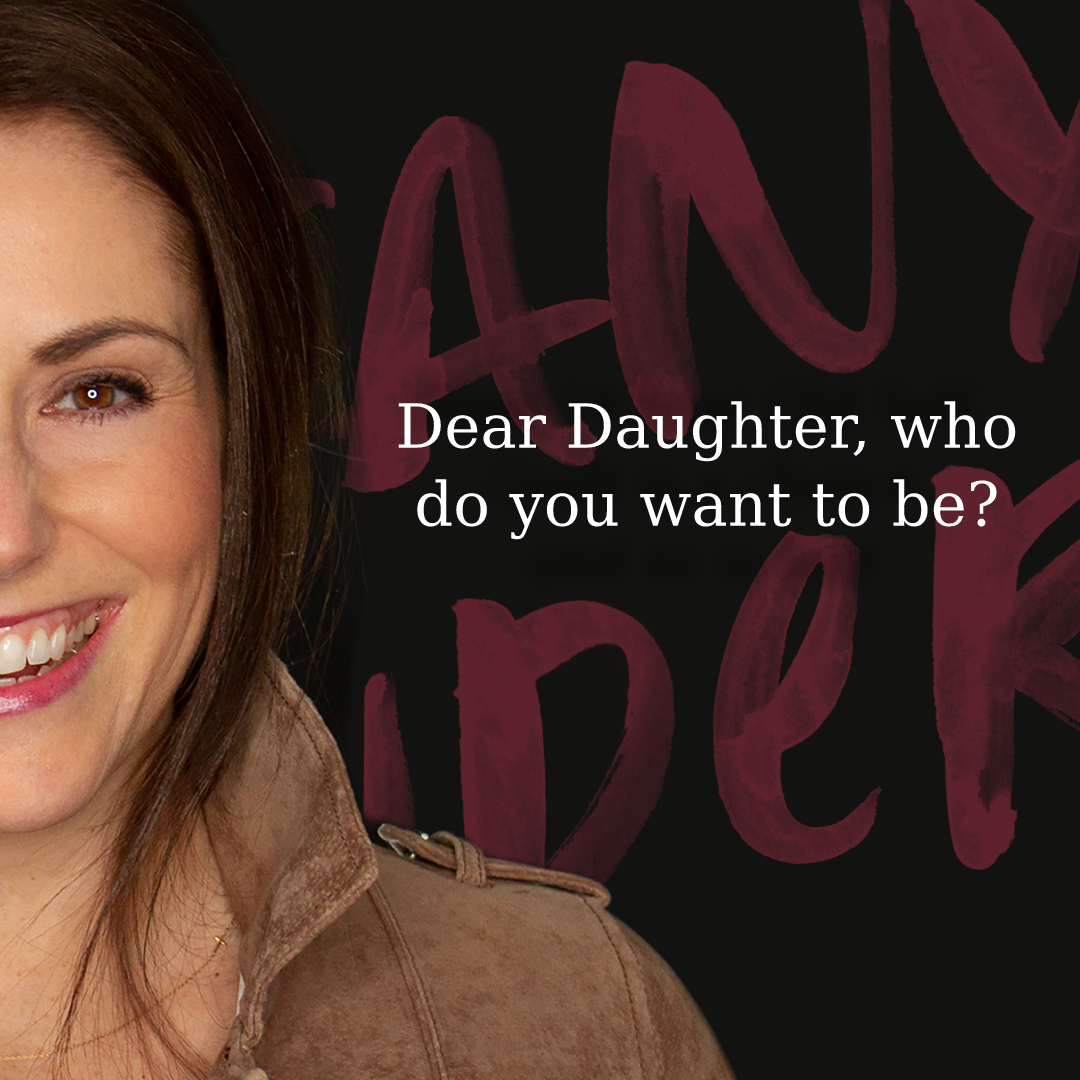 Dear Daughter, Who do you want to be?

What started with a basement mess turned into a teachable moment, posing the question: Who do you want to be? In this episode, Tiffany gives a sneak peek into the inner workings of her home as a mother of four girls.

What started with a basement mess turned into a teachable moment, posing the question: Who do you want to be? In this episode, Tiffany gives a sneak peek into the inner workings of her home as a mother of four girls.

Listen as Tiffany leads her daughter through a seemingly kids-will-be-kids moment that ends in a life lesson on character, realizing it’s also something we need to consistently revisit as adults.

Dear Daughter, who do you want to be?

I'm your host, Tiffany Sauder. And this is Scared Confident. I had a really teachable moment with my daughter. About a week ago and I keep going back to it in my head. And so I thought I'd share it and see if maybe you can also learn from it. So the setup here is I'm trying to tell the story without giving away which daughter it is, but those who are closed, I don't know if I'll be able to do that very well, but one of my daughters she's very stubborn and, um, she.

Can naturally have a lot of pride in her heart, which means like when she knows she's done something wrong, it takes her an atrociously long time to admit it because she really loves to be right. And so we had a situation where she and a friend had made a great big mess, and I didn't actually care that there was a mess, like that's part of having kids around, but there was just some really, really bad judgment calls.

On the way to the mass, like some really like things we clearly had modeled and made different decisions around different scenarios. So what I was frustrated about was we can't like blackout in our decision-making when we have friends over, like you still have to, you know, like operate in the family and respect the things that we have and do things like that.

So it was really irritated about that. And I knew if I came at her and said, Hey, like what the world. The basement, like that's a train wreck and you made a bunch of bad decisions that she would just get defensive clam up and like, not hear me. So I know with her, I have to use questioning strategies to get her to like, self-discover that I made a real bad call.

I don't know. Huh. And I was like, you're lying to me. Like I know you inside and out. You're totally lying to me. But I knew if I said you're lying to me that again, she would get super defensive and clam up. And the moment to teach her would not land in the way that I needed it to. So I said, Hey, and I was pretty frustrated.

I'm not frustrated with a mess. What I'm frustrated with is that. But there was just really bad. Decision-making leading up to that and she's like, okay, I understand. Thanks. And so then we were leaving. I was like, I know that the thing I need to also help her understand, and this is the part I'm getting to that's transferrable is that she had a decision to make.

When I asked her, what do you think I saw in the basement? And she chose not to lie to me cause she's very strategic like that. You probably saw the Barbies, but she knew. And I could tell by the way her body responded to my questions, she knew she had a mess down there that she didn't clean up, but she chose to tell me a truthful statement, but not the completely honest statement.

Is that okay? Like what, what do you mean? She's like, well, it's like, you know, behaving in a way that, you know, is like aligned to your values and what you believe. And I was like, yeah, you do totally understand what character means. Excellent. And I said, one of the things I've observed about life is that.

I said to her, I think you need to think back through the events of the morning and determine whether or not everything you said and way you acted was giving up some of your character. Or did you retain it by being as honest and true and core to your own values as you could be? And I don't share the story to like run her over the coals.

We're all learning when we're young, but I have gone back to that lesson in my own head. So many times in the last week of these little moments where we have a choice to make on whether or not we're going to be. As completely truthful as we could be as completely honest as we can be, instead of just saying, well, it was true.

It's still sidestepping to some degree, the complete honesty that oftentimes life requires. And so it was just a reminder to me that. For all of us that life and people can't take our character. We are the only ones that can give that up. And I guess I'm choosing, I know that there's nothing wrong I've ever done.

I know I've done things that have been heard. But I'm just choosing to reflect on that right now of how do I step completely into total honesty?