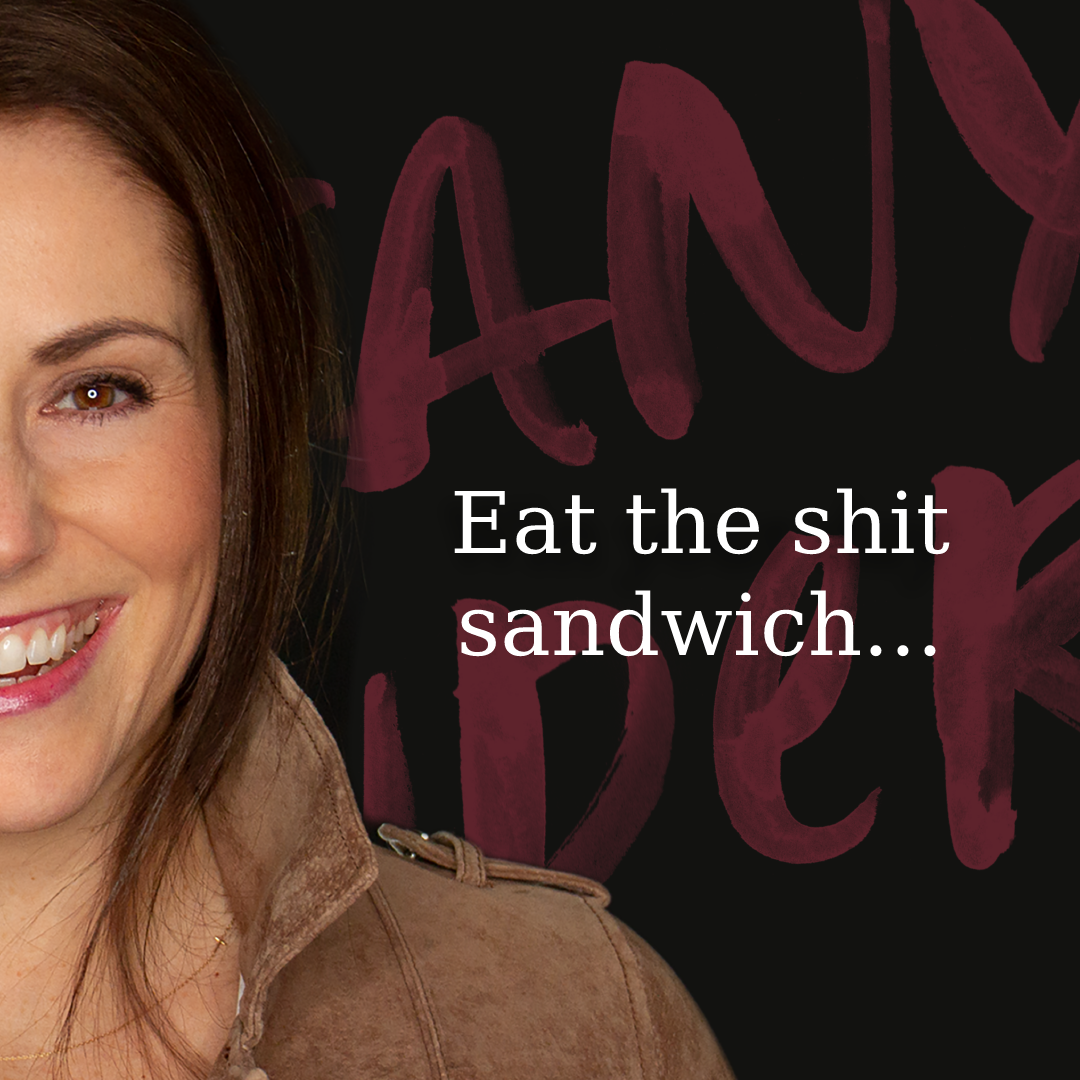 When we have something really treacherous to do, there's a lot of risk. It's going to suck. But it doesn’t have to drag out forever. Listen as Tiffany shares the lessons learned from the book "The Hard Thing About Hard Things" by Ben Horowitz and where they show up in her life today.

“Eat the shit sandwich, don’t nibble on it.” —Tiffany

When we have something really treacherous to do, there's a lot of risk. It's going to suck. But it doesn’t have to drag out forever. Listen as Tiffany shares the lessons learned from the book The Hard Thing About Hard Things by Ben Horowitz and where they show up in her life today.

Eat the shit sandwich, don't nibble on it

I'm your host, Tiffany Sauder. And this is Scared Confident. The last piece of advice comes from another. I would say formative book that I read called the hard things about hard things, a written by Ben Horowitz. Andreessen Horowitz is a big venture capital firm in like California. And so essentially it's like the unsexy unvarnished really hard.

Crappy underbelly of what it looks like to be an entrepreneur. And the subtitle of it is called. It says building a business when there are no easy answers and I'll read this, it says that this is like an author's note. It says the hard thing isn't dreaming big. The hard thing is waking up in the middle of the night with a cold sweat.

When the dream turns into a nightmare. And all of us who have been on an entrepreneurial journey for any period of time, knows that at some point in the journey, there is literally that cold sweat where everything that you worked for, you can't taste food. Your hands are clammy. Your stomach's going crazy.

Like time is weird. It's like super, super strange. Your body physically responds to it. And I read this book and a period of time where like, things were really hard. Uh, it brought a lot of comfort, actually, that the fact that it's hard doesn't mean that I'm doing it wrong. It is part of the journey. And so the comment that I love from this book, it has lots of good stuff in it, but the one thing I really remember and think about is eat the shit sandwich don't nibble on it.

And what I love about this is that when we have something really. I want to say, like treacherous to do, like, there's a lot of risk. It's going to suck. Somebody's probably going to end up like bloody and mad that getting all the way through. I've also heard, it said like the 36 hours of pain. Don't do it a little, little, little, little bit over a long period of time.

You're going to be glad a thousand percent of the time I promise you that you just got through it because then it's over. Otherwise, it just becomes this prolonged thing goes on forever and everybody and everything around you gets drugged through the mud for so long that usually the culture, the relationship, like everything has hurt more because you just didn't deal with the truth.

Head-on for somebody like me, I'm a high I, which means I seek approval and I can naturally want to make things happen. And doing hard things that are going to sock and make somebody mad. It's hard for everybody. I think in particular, it can be difficult for people with my personality. And so to be gentle, you can do like three steps of kind of shitty thinking.

That's being kind and giving people grace when usually it just prolongs. It for everybody. And it ends up being way worse. So just eat the shit sandwich. Like don't nibble on it when I have really hard things to do. Or like, even if I'm like going on a long run and it's like the last mile, I just don't want to do it.

I'm like just eat the shit sandwich, Tiffany, like, just do it. You're going not going to die. And so for me, this just kind of makes me jump into the deep. You know, into the cold bath, whatever it is, like, just get it done. And it's usually less painful for everyone when you just deal with it and get it over with.

So lots of great wisdoms in this book, highly recommend. Again, it's not new, but it has a lot of just timeless. Lessons and what it really looks like. And the underbelly of being a business owner. This is not the like front page of fast company version, but it definitely brought me a lot of comfort in realizing that hard things, hard decisions are an imperative part of leadership and the best leaders know how to make those tough calls.

Decisively. And in a way that is very specific and understood to everybody who's around.