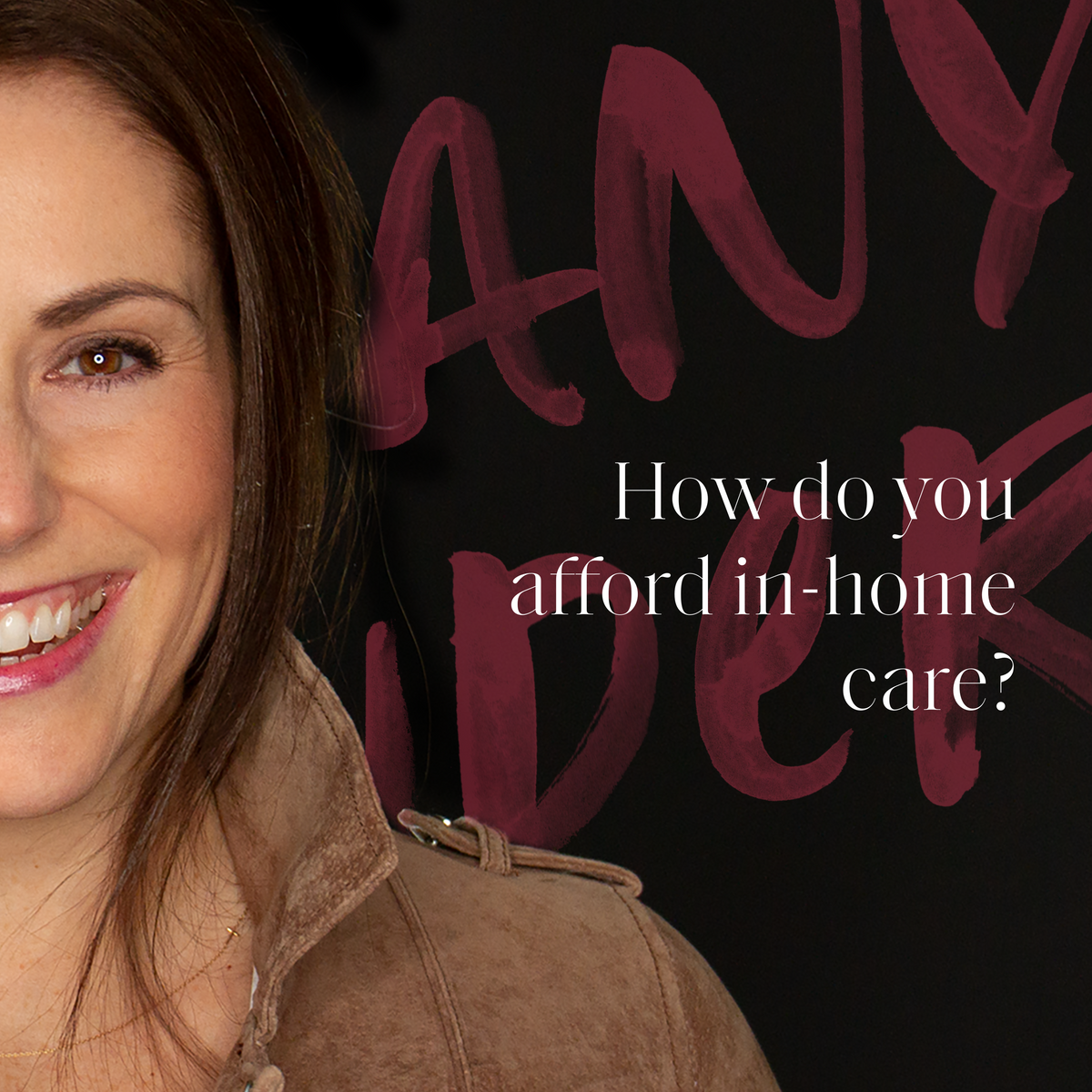 Q&A: How do you afford in-home care?

Tiffany gets a lot of questions regarding work, life, motherhood, and balancing it all. Luckily, she’s an open book.

Tiffany gets a lot of questions regarding work, life, motherhood, and balancing it all. Luckily, she’s an open book.

In this Q&A episode, Tiffany shares how she and her husband afforded in-home care in the earlier years of their career. She talks about choosing to be “time rich” over being financially rich, being intentional about spending as a family, and getting creative to allow for more flexibility in their family budget.

Tiffany: I'm your host, Tiffany Sauder. And this is Scared Confident. One of the questions I get often is how do you afford in-home care? One of the podcast episodes that we had earlier was about. That discussion of what is the right care model for your family? We had a discussion with Paige and Steven and I talked about why we chose in-home care and in nannies and why that's been the right solution for us up to this point in time.

But in the early days when Jr and I were both young entrepreneurs, we were 29 years old when we had. It was not easy to afford in home care. We had a combined household income of somewhere between 80 and a hundred thousand dollars. So we're two college educated people. We were not like crushing it by any sense of the imagination at that point in our lives.

And we'd been out of school for five, six years. So I don't want you guys to picture like, These big fancy salaries in this big, fancy life. That is not what we had at all. We were very much grinding it out in the early stages of our business. And part of the reason we chose in-home care was because of the flexibility that it afforded us.

It wasn't quite as rigid from a time perspective. And we knew that we needed to be time rich, even if we were not financially. In that time of our lives. And so I've had this conversation one off, a few different times about how we afford it in home care in the early years. And so I thought I would just share some of that.

If some of you are young parents or have younger kids that you're trying to figure out what's the right way, what's the right way to do it. We decided that we were going to make it work financially. And then the task became, how do we make it work financially? And so there were definitely things that we both had to give up to be able to make this be.

I mean, it was on par with our mortgage payment. So it was a huge percentage of our income. At that point in time. So the, the things that we did was one, it made me laugh because today I was going through the mail before I got to work and I opened up this Sheridan vacation club mail that they had sent us.

And this is what we would do for vacation. It says you're invited to explore Orlando named one of the top 10 vacation spots by travel channel and stay at America's favorite playground. Your invitation includes five days and four nights in a one person Villa at these Sheridan villages for $269. This is literally how we would vacation.

So you got five days, four nights, you paid $269 and we live in Indiana. So you can drive to Orlando and we would drive and for like $700. We would go on vacation for five days. You have to sit through this like two hour stupid thing, because that's how they get you down there. And that's how you like, get these points.

And then there's like some free food that you get. And we were like go to the grocery store and we would eat breakfast and lunch in our hotel room. And then we would. Go out for dinners, but we were very, very intentional about even, especially things like vacations. This is an example where it would have been easy to spend thousands and thousands of dollars, but we totally did these things for years.

Another thing that we did well. I remember exclusively shopping the sale rack for our clothes. It's like, no, like literally everything. And I really love like when banana Republic was like an extra 30% off the sale price, like that is the stuff that I would go hit because it was important that I look nice at my job, but we did not have the money to like go hog wild on that kind of stuff.

We went out for dinner. Very, very. Infrequently. It's part of how I think I've learned to love to cook is it was part of the way that we like had like a culinary adventure of like making different cuisines. But it was very much like at home on Friday nights, our parents would take us out to dinner. I remember that being way more frequent than happens now.

And then two other things that we did was there was a season when we just had Alberry where there was another little girl about her age and that family was also looking for what they were looking for a part-time nanny solution. And so they brought their daughter to our house three days a week for probably a year.

And so that helped us like almost subs, not almost that helped us subsidize the cost. So while we were able to keep our child in our home, it was almost like a little popped up daycare of sorts, where their daughter was brought in the morning. Those two were there on those three days and there was a little more wear and tear on our house a little bit inconvenient.

It allowed us to be able to afford it. And so we got really creative and I think the difference is that when you decide that you're going to make it happen, your brain starts to solve for how instead of, well, we can't do that. We can't do that. It's like, no, we all had to give to make this happen. And so.

We figured out how to make it work. And those were different ways that we structured it. So our base household costs of our house was pretty low. It was like a no-frills operation for probably five years. Like it wasn't an insignificant amount of time and I think we're better for it. The other thing I remember so vividly that we did was I wanted to furnish the house.

And we would do it one room at a time. And at that stage, Jr was still like pretty involved in things like whether or not we bought a lamp. And so he would want, let's say. I don't know, like a new desk chair and I would want a new rug. And so we would say like, okay, we have $350 that we can spend this quarter on home stuff.

We're going to independently make a force ranked list of the things that we want to buy. And we both get our first choice. And then we'd like, would see how much money was left over. But that's how we would decide. How we spent the like limited funds that we had so that it wasn't just me getting what I wanted because I was the one spending the money and he didn't feel like he didn't have a say in it.

So anyway, that was a really helpful strategy early in our marriage when we were trying to figure out how to blend our preferences together and how. I cared a lot. Aesthetically how the house looked, he more cared functionally how it worked and we needed to be able to blend those priorities in a way that we both felt like we were motivated to make it better.

I think the thing that has served us is when you decide you want to make something happen, your brain more. I think creatively solves how to make it happen when you've already decided that outcome has to be. And I think that allowed us to get really creative in the way that we made this work for our family.

When I would say. It was very difficult at face value. And so we found some really creative ways to make it work so that we could have more flexibility and the time to invest in our careers to get to a place where we are today. I hope that helps as you are trying to figure out how to solve the Rubik's cube of care in your own home.