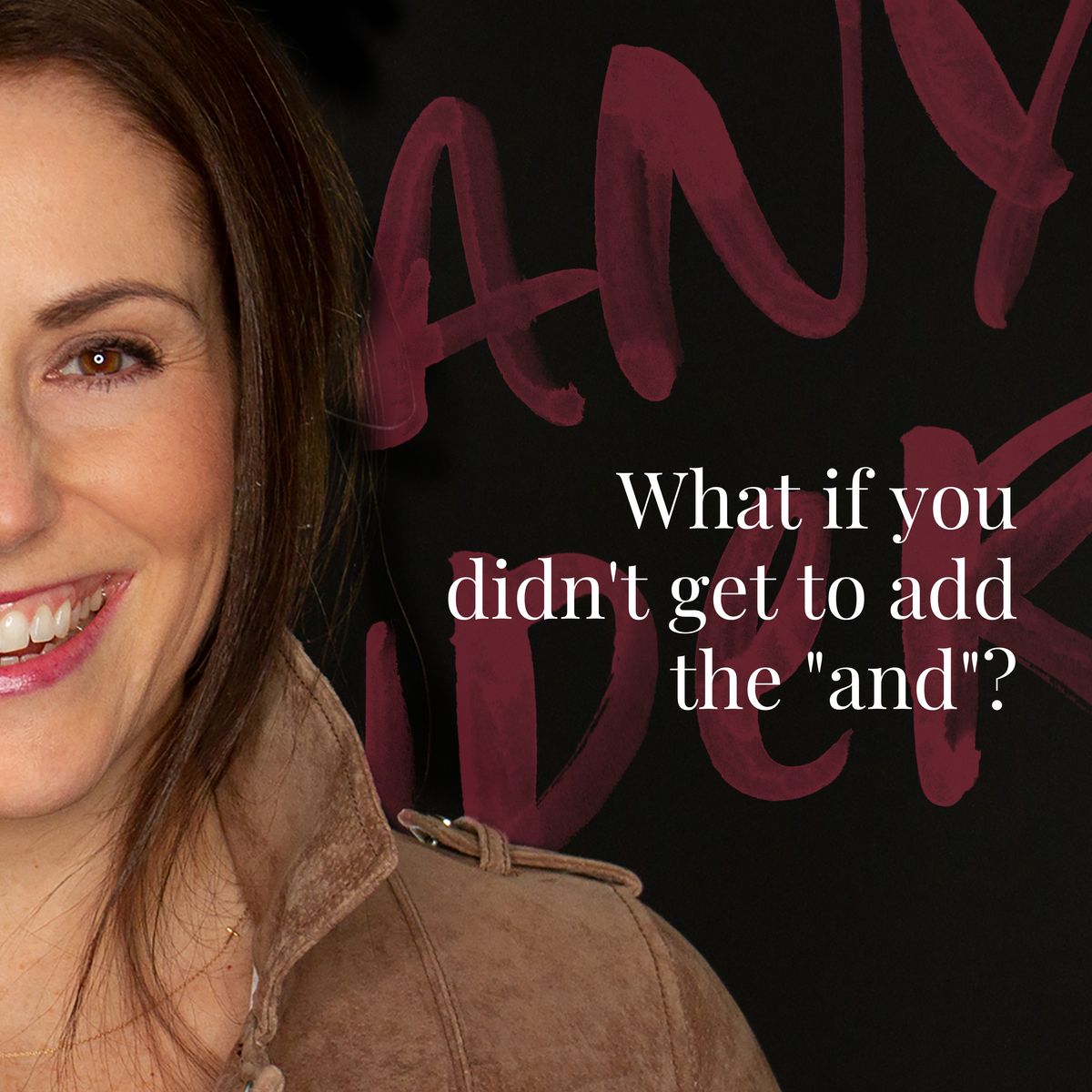 What if you didn’t get to add the “and”?

Sometimes life dictates which ‘and’ you get to add to your list...or, if you get to add it at all. And sometimes, there is power in deciding what you CAN do. In this episode, Tiffany discusses how the power to choose the ‘and’s’ within your reach can add to your life and empower you to reach your goals.

And sometimes, there is power in deciding what you CAN do. In this episode, Tiffany discusses how the power to choose the ‘and’s’ within your reach can add to your life and empower you to reach your goals.

I'm your host, Tiffany Sauder. And this is Scared Confident as we sit together and think about what does it look like to pursue a life of. And I think a fair question to ask is, well, what if you don't get to add the, and that you want? And that's like a fair question, because we don't always have control over what happens in our lives, but I think there's an overarching principle and we're going to hear this week.

A couple that has been on a fertility journey. And that is clearly as a woman. I like. And that you ask yourself, you don't know until you get to that age until you start trying whether or not you're going to be able to have a baby and his mother. And, and you're going to be able to add into your life is a really big question for the first 20 to 30 years of your life.

But I think there's a universal, I don't know, truth might be extreme. But a way that I think about things that I think applies itself to this idea of adding an and that if you think about a topic and begin to separate the what from the, how they're two really separate decisions in different paths. So for me, we'll take this idea of, you know, adding the, and of being a mother.

Is that something I would be open to? So I'm not saying we get to add every ant into our lives, but I think sometimes our mind stops because that EAs. Of the, how begins to influence our decision on whether or not we think that it's actually going to happen or whether we deserve it or whether it's supposed to happen for us or whatever the thing is.

And I think sometimes when it's difficult, it can shut down the decision of adding the and instead of saying that, no, the decision to add the add has been made. How do I then move my mind to saying what are all of the different ways I can make that and come true in my life. And I have found for myself, my mind is much more creative when I make the decision of the, and a certain.

You've already determined that the outcome is going to be, how do I make both of these things true? And if you listen to this podcast for any period of time, you'll no doubt hear the voice of Brian Vicky. And I remember as I was growing the agency and beginning to understand that more than one ingredient could fit in the bucket at a time, I would go to him and say, well, there's no way XYZ can happen.

And he would oftentimes say, how do you know that that is true? What if that wasn't true? What if it wasn't true that both those things couldn't happen, then what would you decide? And that like full stop of just saying, what if I changed my mind that it was true? How then what I solve has completely changed the way that I.

Engineer my life. There's so many different things that happen because when I've decided the end is going to stick, it is going to be a thing that I claim the, how I make that happen to them becomes where my work goes towards. And let's be clear the how you make that happen might take years to string together.

The step of things that have to happen for you to bring that and into your life. But it can't happen or you haven't figured it out yet are two different starting points when you're trying to figure out how do you live and how do you add ands that are meaningful to you into your life? My mission for scare confident is to help women confidently pursue a life of and.

And I want to be available to you. I'm passionate about vulnerable stepping into my stories so that it can help women. This is about creating. I wish I had as I was going through this journey. So if you have questions, comments, or feedback, I'd love to hear from you. Text me at 3173508921.